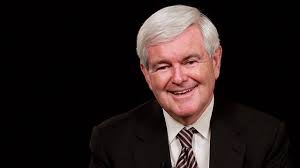 In 1993 Newt Gingrich produced a wonderful video course called Renewing American Civilization. My wife and I had the privilege to serve as local representatives of the course, persuading two local public TV stations to broadcast it (one of them re-broadcast it six times). We felt this was quite an accomplishment, especially in liberal Portland, Oregon. The course is still available from Amazon and well worth reviewing:

Now Professor Gingrich has created a new online course, Defending America. I have not worked through the course yet, but it promises to be a thoughtful, timely, and useful update on the state of our beloved country, the “culture wars”, and how best to preserve all that is true, good, and beautiful in our civilization. The six lessons are titled “Poisoning The Melting Pot”, “Faith Under Attack”, “Destruction of Opportunity”, “Thought Police Run Amok”, “Defending the 2nd Amendment”, and “Draining the Swamp”. The titles alone say, “This is going to be good!” Find out more here: